The indiscriminate use of chemicals in agriculture has led to deterioration of soils and human health with the rise of non-communicable diseases, said P Duraisingam, chairman of the CREATE – Save Our Rice campaign, on Thursday.

Speaking at a paddy festival held at Mohamed Sathak Engineering College, Keelakarai, he said there was a need to raise awareness and popularize the organic farming method. It would be a success with the support of the government and officials.

He said agriculture has contributed greatly to food security as well as the Indian economy. To ensure the well-being of farmers and consumers, a healthy environment and a safe ecosystem, there is an urgent need to return to our original roots of recognition and respect for our tradition, our culture and our wisdom. He demanded an organic state policy as well as a clear roadmap and timetable to achieve it.

Explaining the complexity of agricultural marketing issues, he called for the establishment of a legal provision for the implementation of the minimum support price. While expressing concern over the ever-higher and unregulated price of organic product, the lack of authenticity of organic claims, he called for a regulatory system to guarantee organic products for the benefit of consumers and farmers.

Disapproving of the state’s decision to provide fortified rice to the PDS, he said it is an unhealthy idea that could be abandoned. Instead, the state should design a decentralized sourcing policy for traditional paddy varieties and make it available to the public through the PDS and the inclusion of traditional rice-based recipes in lunchtime meals. for the benefit of our children. Such a design combining cultivation, conservation and consumption will further strengthen the “Save Our Rice” campaign, he added.

The event was jointly organized by CREATE Trust in association with Ramanathapuram Department of Agricultural Engineering and Mohamed Sathak Engineering College, Keelakarai. More than 250 participants including farmers, representatives of consumer associations, students from the Nammalvar agricultural college took part. 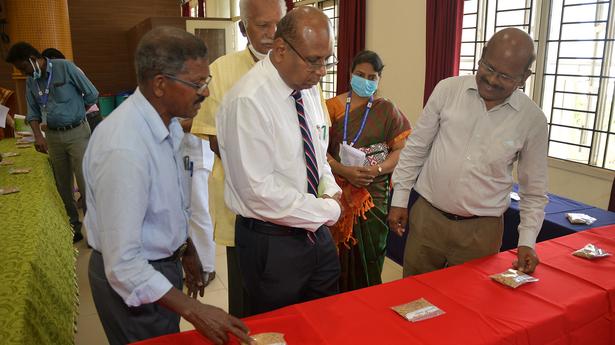