The hot and humid climate of the southeast lends itself to the pressure of insects, weeds, and disease almost year-round, and growing is especially difficult if you’re an organic farmer.

Chemical inputs are limited in organic production, requiring more emphasis on managing site-specific conditions by incorporating cultural, biological and mechanical practices. In addition, the body of scientific research and support for organic producers in the state is limited, leaving producers with fewer resources to tap into organic systems.

To address these constraints, Assistant Professor Carmen Blubaugh and her team implemented a series of research trials at the Durham Horticultural Research Farm in Watkinsville, Georgia, as well as on-farm studies with a network of over 40 organic growers statewide. The team is examining various components of organic management that could lead to the establishment of practical control methods for organic farmers in the South East.

â€œMuch of our work examines how agricultural biodiversity influences pest and weed control services,â€ explained Blubaugh. â€œWe want to provide organic farmers with strategies to take advantage of biodiversity and natural processes to feed and protect their crops profitably while reducing the need for expensive external inputs that simply meet the crop’s nutritional needs in the short term. “

Establish a refuge for beneficial insects

MSc student Allison Stawara, part of Blubaugh’s team, examines the benefits of incorporating rows of living mulch between organically managed vegetable crops. Many pesticides available in conventional and organic production have broad spectrum coverage that negatively impacts beneficial insects, so living mulch will provide them with refuge during pesticide applications. Sometimes referred to as cover crops or green manure, living mulch offers the added benefit of building up soil organic matter over time, as growers mechanically incorporate plant material into the soil after cash crops are removed.

From an applied research perspective, Stawara hopes to demonstrate that by creating a refuge for beneficial insects, organic farmers will benefit from the ecosystem services they provide by attacking unwanted pests.

Blubaugh simultaneously applies the same practice statewide on organically managed farms. She will collect data during the growing season to compare the results of her on-farm trials with the results of Stawara’s research to see if live mulch reduces beneficial insect death rates.

â€œWe hope to see live mulches protect natural enemy populations from collateral damage caused by pesticides and allow them to recolonize crops, naturally suppress pests and reduce the need for future pesticide applications. Pesticides are never 100% effective, and if we can promote more diverse shelters, alternative prey, and floral resources for beneficial and predatory insects, we hope to see additional pest control from those insects that have the resources they need to stay in cultivated fields. for a longer period, â€Stawara said.

Understanding the defense mechanisms of insects

Meanwhile, Christiana Huss and Jon Golan, who are also part of Blubaugh’s lab, are trying to fill a gap in the scientific literature on an increasingly harmful insect pest, leaf beetle (YMLB). The invasive South American beetle has recently become a major insect pest of brassica crops in organic production.

â€œSurprisingly, not much is known about the yellow-margin beetle,â€ Huss said. “They are not always listed in extension bulletins as pests of crucifers, perhaps because they look so much like flea beetles and the damage to host plants is also similar,” she explained. . â€œIt may also be that, because they’re so well managed in conventional systems with traditional pesticides, they haven’t received a lot of attention. But for organic producers, they are a major problem for which management options are limited. “

Huss and Golan seek to identify the defense mechanisms that the yellow beetle uses to ward off predatory beneficial insects. Many parasites of the Brassicaceae family sequester a powerful family of compounds found in the plant tissues of all Brassicaceae, called glucosinolates. As these parasites consume plant material throughout their life cycle, the concentration of glucosinolates increases and is used as a defense mechanism against insects that would otherwise eat them, such as soldier bugs, lacewing and ladybugs.

Huss and Golan are examining the possibility that leaf beetles use a similar mechanism to defend themselves against predators by conducting a series of behavioral experiments and analyzing concentrations of glucosinolate in insect and plant tissues. To identify the pest’s potential predators, they are currently collecting beneficial predators and testing their intestinal material to find out if leaf beetle DNA is inside.

â€œIdentifying the mechanism used by leaf beetles to defend themselves against predators will help us better understand why invasive insects can become effective pests. I will also be conducting a field experiment in spring 2022 to test the use of intercropping, trap crops and habitat manipulation to control the pest, â€Huss said of his future work.

Measuring the impact of excess nitrogen

Another aspect of organic farming is the priority given to fertility management. Master student Julia Berliner is studying the ecological consequences of excess fertility, particularly nitrogen in the form of organic fertilizer.

â€œMost of the organic fertilizers available generally have nutrient ratios that are less than ideal, so farmers often have to apply too much nitrogen to meet the crop’s other nutrient needs,â€ Berliner said.

Of course, excessive use of fertilizers is the main cause of eutrophication – an excessive nutrient richness in a lake or other body of water – as excess nitrogen escapes from the soil, potentially polluting the soil. streams or causing harmful algal blooms, she explained. However, there is less understanding of how excess nutrients affect agroecosystems, in particular how they affect beneficial predators of insect pests.

â€œThere are all kinds of crazy and complicated ways in which nutrient availability in soil can propagate through insect food webs, affecting nutrient concentrations in plants and herbivorous insects that can influence the effectiveness of biological control. by natural enemies, â€Berliner explained.

Plants that receive an abundance of nitrogen react by repelling excessive growth, resulting in increased insect damage to herbivores. Plants that receive too little nitrogen will invest more in the plant’s defense mechanisms against herbivores. They do this by detecting chemicals in the saliva of chewing insects and reacting by releasing volatile organic compounds that help repel certain herbivorous insects and attract specialized beneficial predators that prey on the pests.

â€œI hope my work will not only expand our knowledge of basic ecology, but also help farmers make fertility decisions to maximize biological control and yield and minimize time and money. spent on fertilizing and weeding, â€Berliner said.

You can follow the work in Blubaugh’s lab by visiting the Insect Ecology in Sustainable Agroecosystems website, where you can also find his publications and a list of his farm collaborators.

Emily Cabrera is the Public Relations Coordinator for the Integrated Pest Management Program at the University of Georgia. 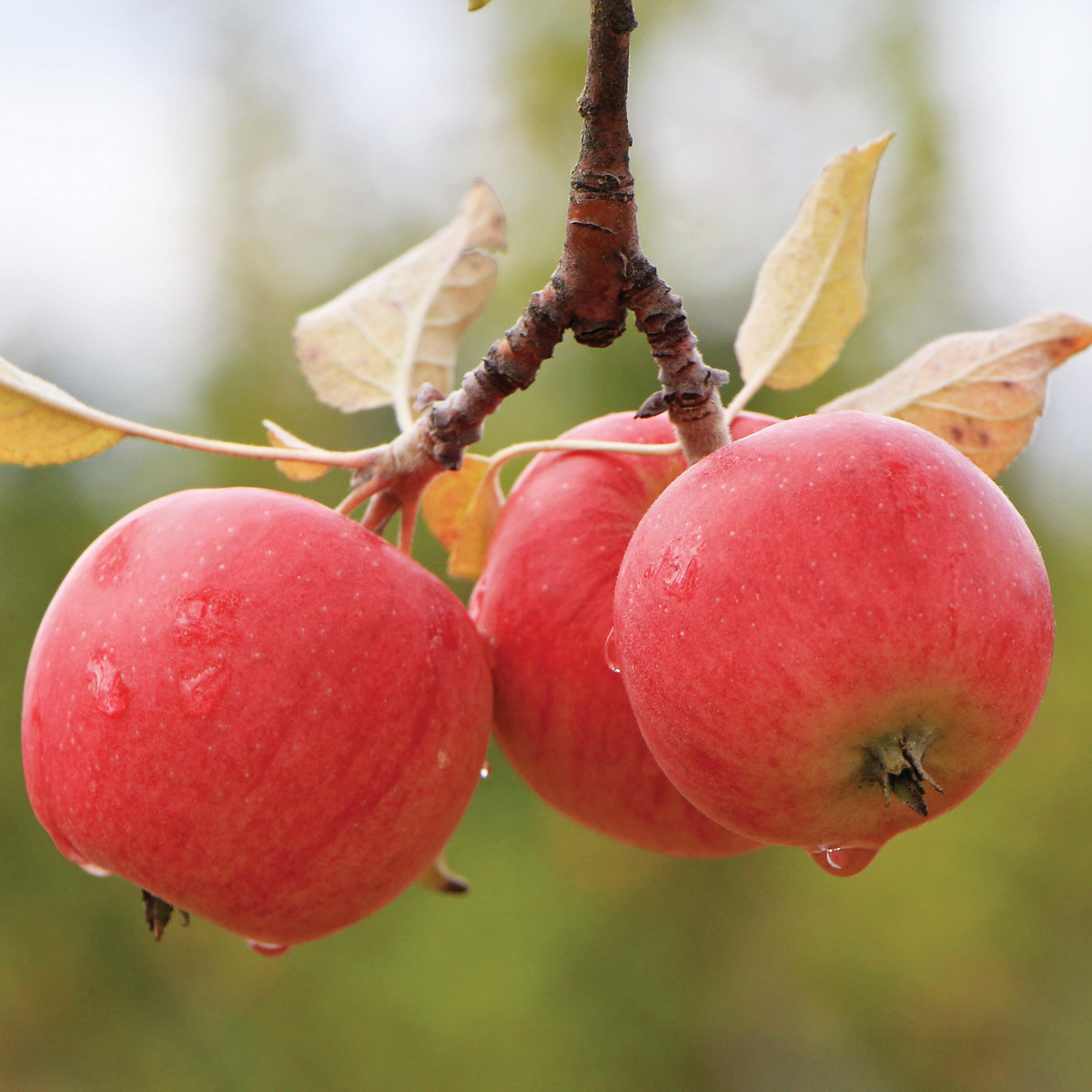 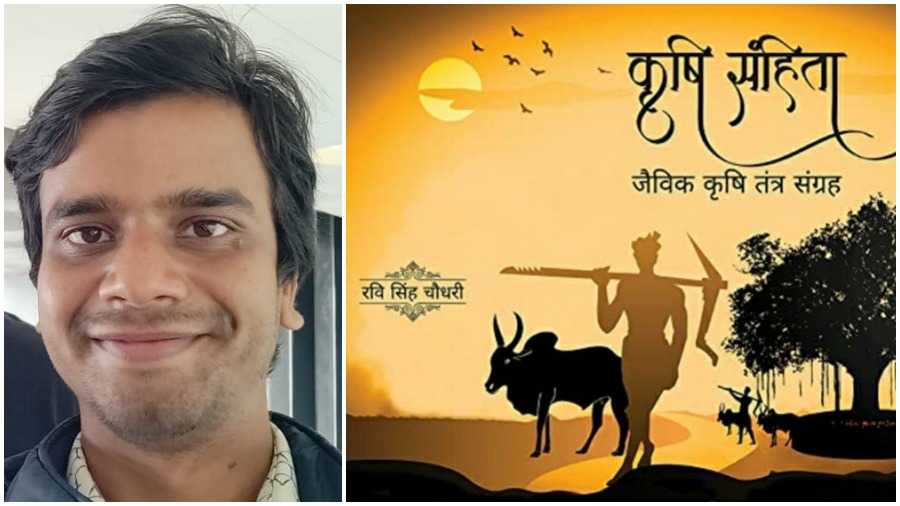 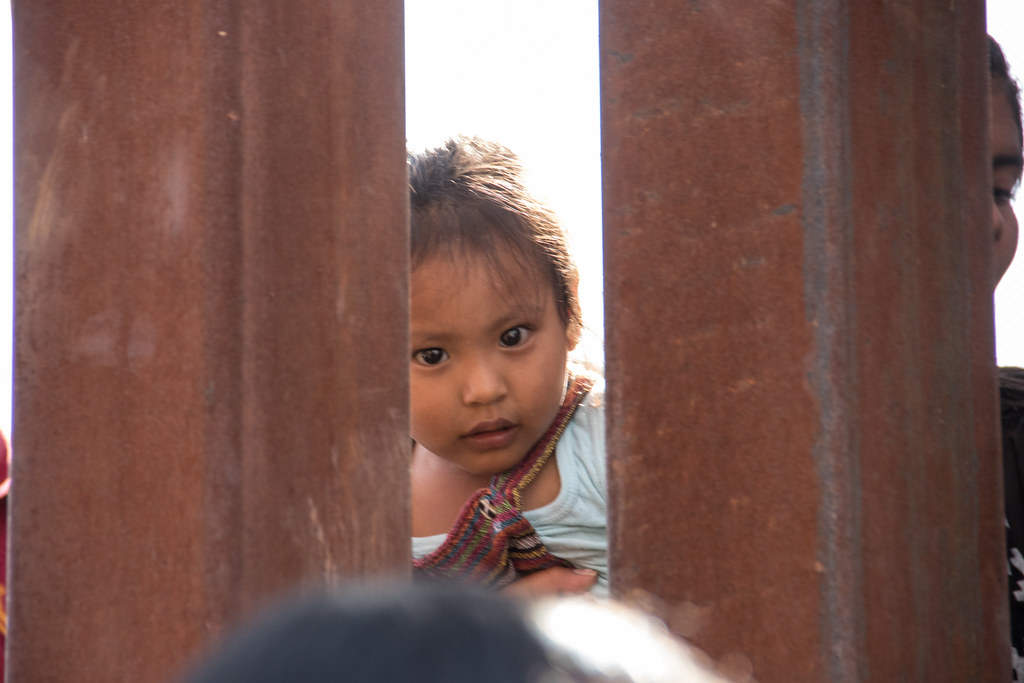 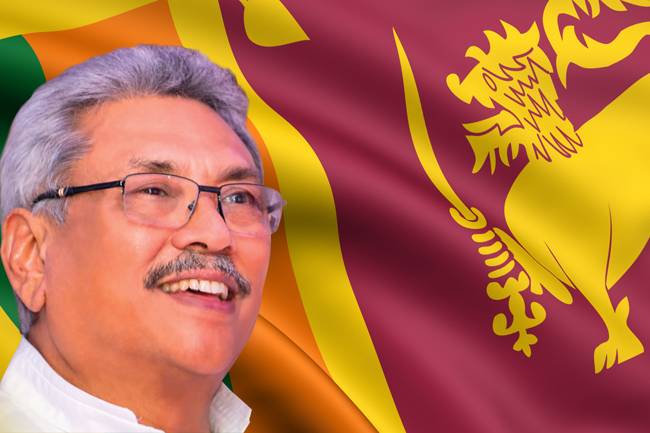 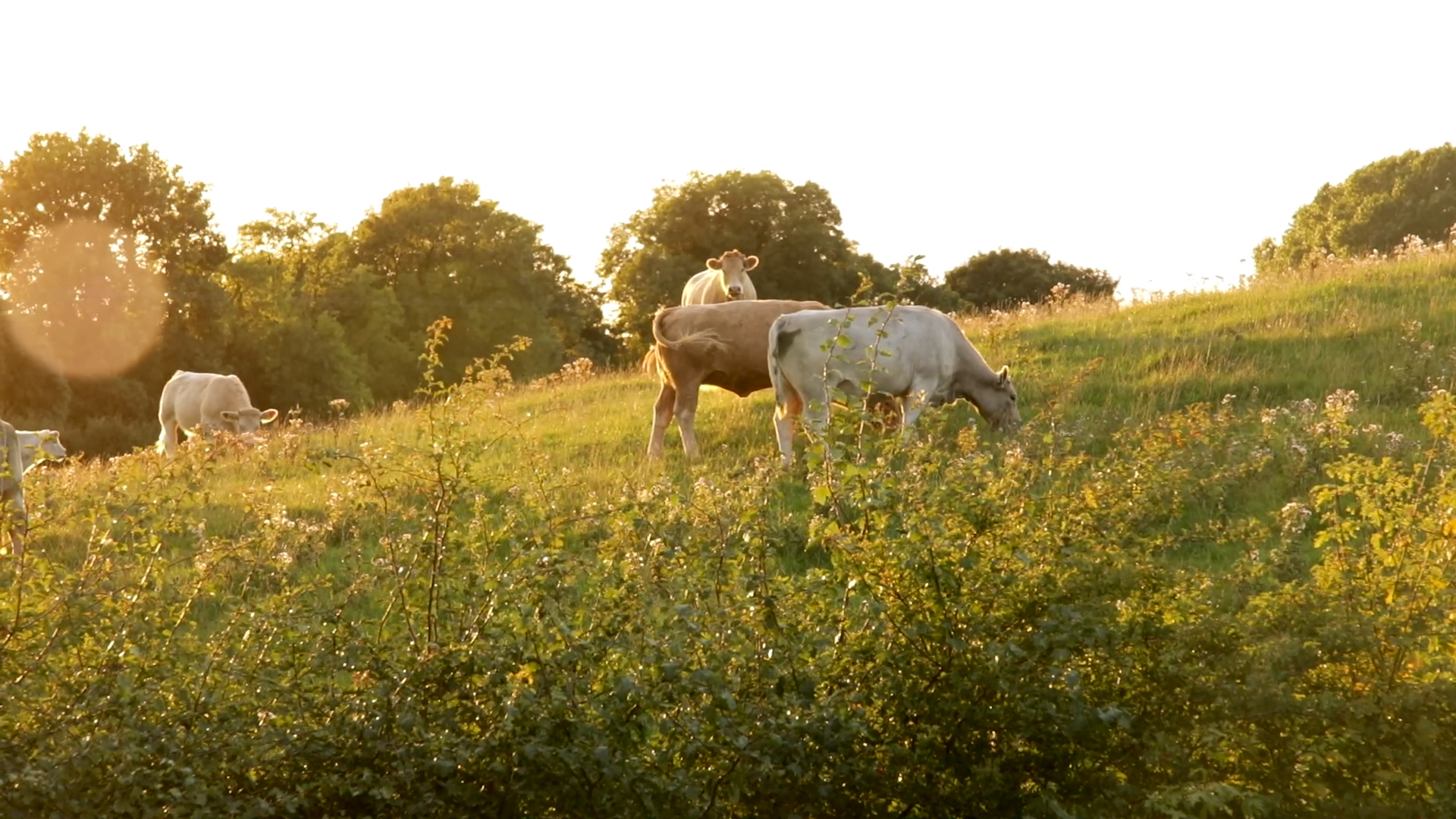 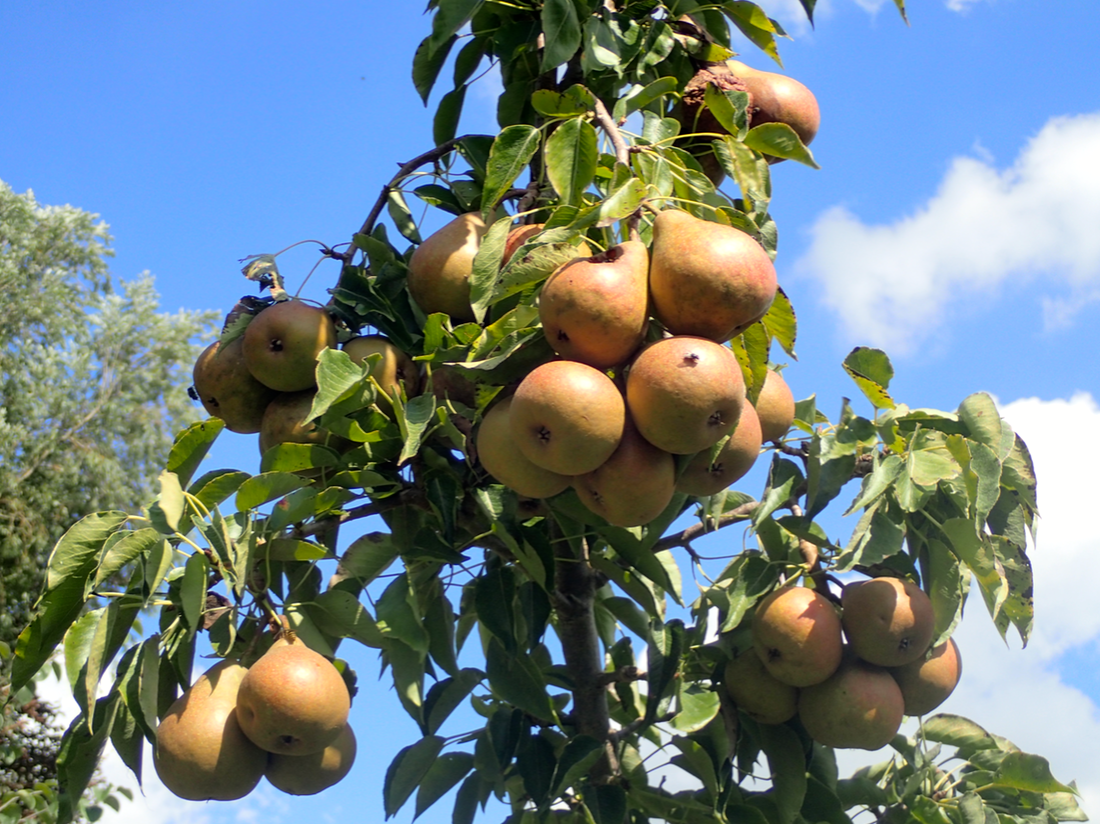